What lessons did we learn in making JSTOR accessible to people with disabilities? And what challenges now lie in making Artstor, a resource steeped in visual art, more thoroughly accessible? 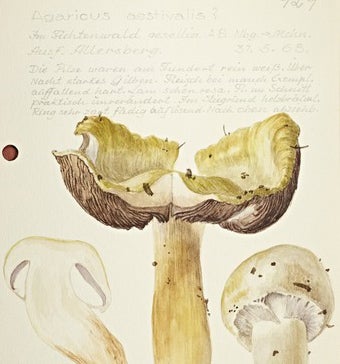 It’s been another wonderful year for Global Plants thanks to the hard work and dedication of our partner herbaria around the world! We wrapped up 2016 with 2,878,998 total objects, which includes 231,549 visuals and archive materials. We received content for the first time from over 20 partners!

We are now making Open Access monographs available on the JSTOR platform. An initial set of 63 titles is available from four outstanding publishers: University of California Press, University of Michigan Press, UCL Press, and Cornell University Press. We expect to add several hundred more Open Access titles over the next year.

The ebooks, which reflect JSTOR’s high standards for quality content, are freely available for anyone in the world to use. Each ebook carries one of six Creative… Read more»

The world has lost a uniquely gifted leader and friend. Bill Bowen passed away peacefully at 83 on October 20, 2016. He dedicated his entire professional life to the world of education and was founding chairman of JSTOR and ITHAKA and founding trustee of Artstor. We extend our heartfelt sympathies and deepest condolences to his family, friends, and colleagues.

We were delighted to see so many partners and presentations about Global Plants at the Society for the Preservation of Natural History Collections (SPNHC) meeting in June in Berlin!

Thanks to the generosity of Panama-based Smithsonian Institution Tropical Research Institute and The Andrew W. Mellon Foundation, we were able to provide funds as travel stipends for representatives of Global Plants partner institutions to attend SPNHC. The recipients included:… Read more»

We have proposed developing and launching a new content collection titled “Plants & Society.” It will be a multi-format resource center—including primary sources, journals, and books—that builds on JSTOR’s existing resources in Ecology, Botany, and the Plant Sciences to provide an innovative lens for examining the complex relationships of plants with nature, society, and humanity. This collection will focus on the historical, cultural, aesthetic, and environmental implications and uses of plants, and will help researchers and students to position… Read more» 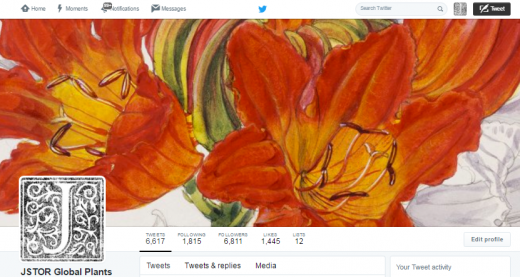 @JSTORPlants on Twitter provides an open channel for discussion with the Global Plants community about all things botanical. Each week we highlight content in Global Plants and promote research and events relevant to the Global Plants partner network. We try to feature and retweet content about our partner institutions, so next time you’re tweeting about an awesome event at your institution, or a paper you publish, let us know! Read more»