We are delighted to let you know we have added two new unique collections to Global Plants:

This collection consists of watercolors of fungi painted by Fritz Wohlfarth (1906–2005). Dr. Fritz Wohlfarth studied at the Ludwig-Maximilians-Universität München (Germany) and obtained a Ph.D. degree in chemistry. For many years he worked as a field sales representative for a varnish company in Munich. During his tours around Germany and… Read more»

A world without plants? Would you like to learn more about Plant Blindness and teaching about it in the classroom?  JSTOR has some resources for you to help you get started. Read more»

Livingstone’s Zambezi Expedition is a beta site built by JSTOR Labs in collaboration with JSTOR’s Content Development team based on David Livingstone’s African expedition along the Zambezi and Shire Rivers from 1858-1864. The site provides students, teachers, and scholars with a greater understanding of the scientific, historical, and cultural contexts of the expedition, offering users both a high-level overview of the expedition and the ability to perform a detailed analysis of the materials.

The resource brings together content from JSTOR… Read more»

We interviewed long-time Global Plants partner and respected taxonomist María Mercedes Arbo, who told us about the evolution of botanical research from the 1970s to today and mused about the direction botany might be headed. Among other topics, Dr. Arbo discussed the role of technology and best practices for effective research. As a respected botanist in your field with a long career, you must marvel at what can now be done through projects like Global Plants. How have you seen this have the greatest impact on the work of botanists? I began working in Plant Taxonomy around 1972, in Corrientes, where Botanical Research had started in 1965. The Herbarium was just beginning, and the Library was very small. The main Argentine Botanical Libraries were located at Buenos Aires, 1000 km away. In those years not even photocopies were common. I still keep the photocopy of Urban’s monography on Turneraceae (1883), which I got in Buenos Aires (Darwinian Institute), made on a special photosensible paper. You could request material on loan to each Herbarium, but it wasn't easy, depended on surface or airmail, you had to write a letter, wait sometimes several months to receive an answer, and loans, logically, were partial. In those years, almost the only way to study a good number of the nomenclatural types was to travel to Europe to visit the herbaria of various countries, with different currency and legal standards... Read more»

We were proud to exhibit for the fifth year in a row at the Botanical Society of America’s annual conference in Edmonton, Canada. The conference provides an excellent venue for us to meet with users, participants, and partners, and discuss their needs and our future plans. It is also a great opportunity to see many of our North American partners in person and to meet faculty and students who are using Global Plants. (A group of graduate students from… Read more»

In the lab: Livingstone’s Zambezi expedition

JSTOR Global Plants has gotten very big--at last count some 2,222,000 plant type specimens and 245,000 primary sources were contained within it. That enormity has helped it to become an indispensable resource for plant taxonomists and botanists but can be overwhelming to non-specialists. At the GPI conference last September, our team spoke with many partners about the potential for highlighting smaller segments of Global Plants content, such as specimens and historical documents from a single expedition, and it was exciting how many shared our enthusiasm. Read more» 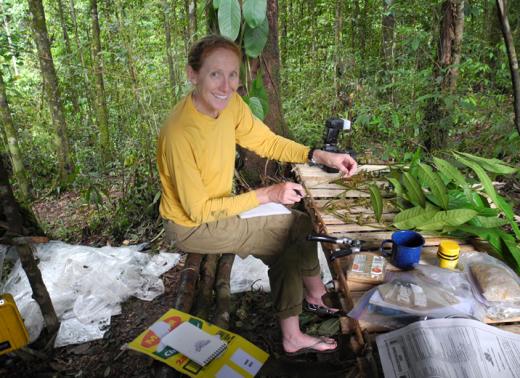 Shelley James is a Curator and Expedition Leader at the Bernice Pauahi Bishop Museum’s Herbarium Pacificum (BISH) in Honolulu, Hawaii. She met with us to talk about her work and tell us why she chose to sponsor access to Global Plants for the National Herbarium at the Papua New Guinea Forest Institute (LAE). The two institutions have a long history of collaboration, and the Museum's expeditions to Papua New Guinea date back to its founding in 1889. Read more»

Gwenaël Le Bras was a database coordinator at the National Herbarium in Paris, acting as a liaison between the GPI team and the IT department of Muséum d’Histoire Naturelle, Paris (MNHN), before moving on to work on the national French portal e-ReColNat. There, he currently divides his time between H SONNERAT (botany), ARTHROTER (arthropods) and INVMAR (marine invertebrates and terrestrial mollusks). When Gwenaël told us what an impact working on Global Plants had had on his career (“Global Plants has been seeding competences in many different ways, and that's a side effect you may be proud of!” he told us), we asked him to fill us in on the details. During our interview, he revealed a commitment not only to his work but also to the continued process of learning and exploring at any given chance. Read more»

Global Plants in the classroom

Part of the shared mission of JSTOR and the Global Plants Initiative is to promote awareness and education in plant sciences, environmental science, and the history of science. For those who are just getting started in their study of plants, the volume of material in Global Plants can be intimidating.  It is with this in mind that we created Global Plants in the Classroom as a way to share these materials and expose students to their possible uses. Above all, we want to encourage curiosity and exploration. Read more» 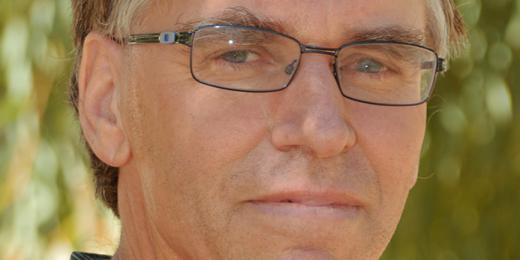 Kevin Thiele is a systematist and taxonomist with a particular interest in Australian Proteaceae, Rhamnaceae, Viola and Hibbertia (Dilleniaceae). He is currently working on new Western Australian species and other taxonomic matters in Hibbertia, but notes that as a herbarium curator, there is rarely enough time in the day to complete all that has to get done and manage to do much “real work.” So, he does taxonomic work in between other tasks. For Kevin, this time is almost meditative: “By around 3:30 in the afternoon, to stop myself banging my head on the door or going completely barking mad, I disappear into a quiet corner of the vaults and work on taxonomy for a bit – it’s a wonderful salve for sanity.” Read more»