Documenting White Supremacy and its Opponents in the 1920s

From its birth immediately following the Civil War to its reawakening inspired by the film Birth of a Nation in 1915 through today’s fractured organizations using the Ku Klux Klan name, white nationalism and the KKK have occupied a persistent place in American society. To understand today’s version of American nationalism, we need to go back to the 1920s when the Klan reemerged from the Reconstruction period as a slick and successful recruiting, marketing, and publishing engine. The Klan of the 1920s built a nationwide movement that appealed to the fears and aspirations of middle-aged, middle-income, white Protestants in America. At its peak in 1924, Klan paid membership exceeded 4,000,000 and its national newspaper, the Imperial Night-Hawk, had a circulation larger than the New York Times.

The goal of this project is to assemble a comprehensive collection of Klan and other white nationalist newspapers alongside newspapers published by Catholic, African-American, and Jewish organizations who rose to oppose the rising tide of hate and bigotry. The collection contains national Klan publications such as the Imperial Night-Hawk and the Kourier as well as regional and local Klan-produced papers like Sgt. Dalton’s Weekly, Jayhawker American, and the Minnesota Fiery Cross. The collection will also include a set of papers sympathetic to the Klan, including The Good Citizen and The Fellowship Forum, alongside anti-Klan publications like Tolerance, The Record, and Our Sunday Visitor.

The collection is currently hosted on Reveal Digital’s legacy platform, which provides controlled access to funding libraries until fundraising is complete and the collection becomes freely available. Selected anti-Klan publications are now available to everyone. The platform provides page image-based access with full-text searching, hit-term highlighting, searchable article-level metadata, and browsing by title and issue.

Contributed by Dr. Thomas R. Pegram, Professor of History, Loyola University–Maryland, author of One Hundred Percent American: The Rebirth and Decline of the Ku Klux Klan in the 1920s

Historians, of course, will benefit from an open access digital collection of 1920s Klan newspapers, but students, public policy workers, government workers, and interested and informed audiences in general have much to learn from these publications.

The degree to which Klan newspapers drew from ordinary currents in American life in the 1920s is stunning. These newspapers detail the extent to which the Klan movement was anchored in American traditions of fraternalism, sociability, business, and civic practices. That makes the appeal to exclusivity, the anti-Catholicism, and the assumed white Protestant ownership of American institutions that are also apparent in Klan newspapers so powerful.

Sentiments that are now considered radical or located on the fringes of American society actually existed side by side with mainstream American beliefs and practices. Openly bigoted and reckless publications such as Colonel Mayfield’s Weekly contrast in style with more conventional publications such as the versions of The Fiery Cross that appeared across the Midwest, but all Klan newspapers shared the same bedrock beliefs that American democracy existed for only white Protestant Americans. Some, like Chicago’s Dawn, offered frank denunciations of ethnic and Catholic Americans that reveal the extent to which American pluralism was contradicted by American tribalism.

The Klan newspapers of the 1920s are a reminder of how current divisions over immigration, race, and citizenship are deeply embedded in American history.

In April 2021, the name of the collection was changed from “Understanding Hate in America” to “Documenting White Supremacy and Its Opponents in the 1920s.” The change is a result of a deliberative six-month process through which we established and convened an advisory panel and interviewed many faculty and librarians experienced in working with culturally charged material. Learn more about the process and our rationale.


Documenting White Supremacy and its Opponents in the 1920s advisory panel

In autumn of 2021, Reveal Digital convened two meetings of an eight-member advisory panel of librarians and scholars, all with experience tackling the complexities of preserving hard history. The mission for the panel was to advise us on whether we should continue publishing this collection, and if so, how best to enable the important scholarly work the content makes possible while mitigating harm the material might cause. We are immensely grateful for the open, deliberative, and insightful engagement each person brought to the panel.

The following libraries have agreed to provide source material for scanning. We expect to add more libraries and archives over the course of the project.

Funding libraries get early access to the content as the collection is being built, and receive usage reports, MARC records, and regular progress reports. Learn about the options and benefits. 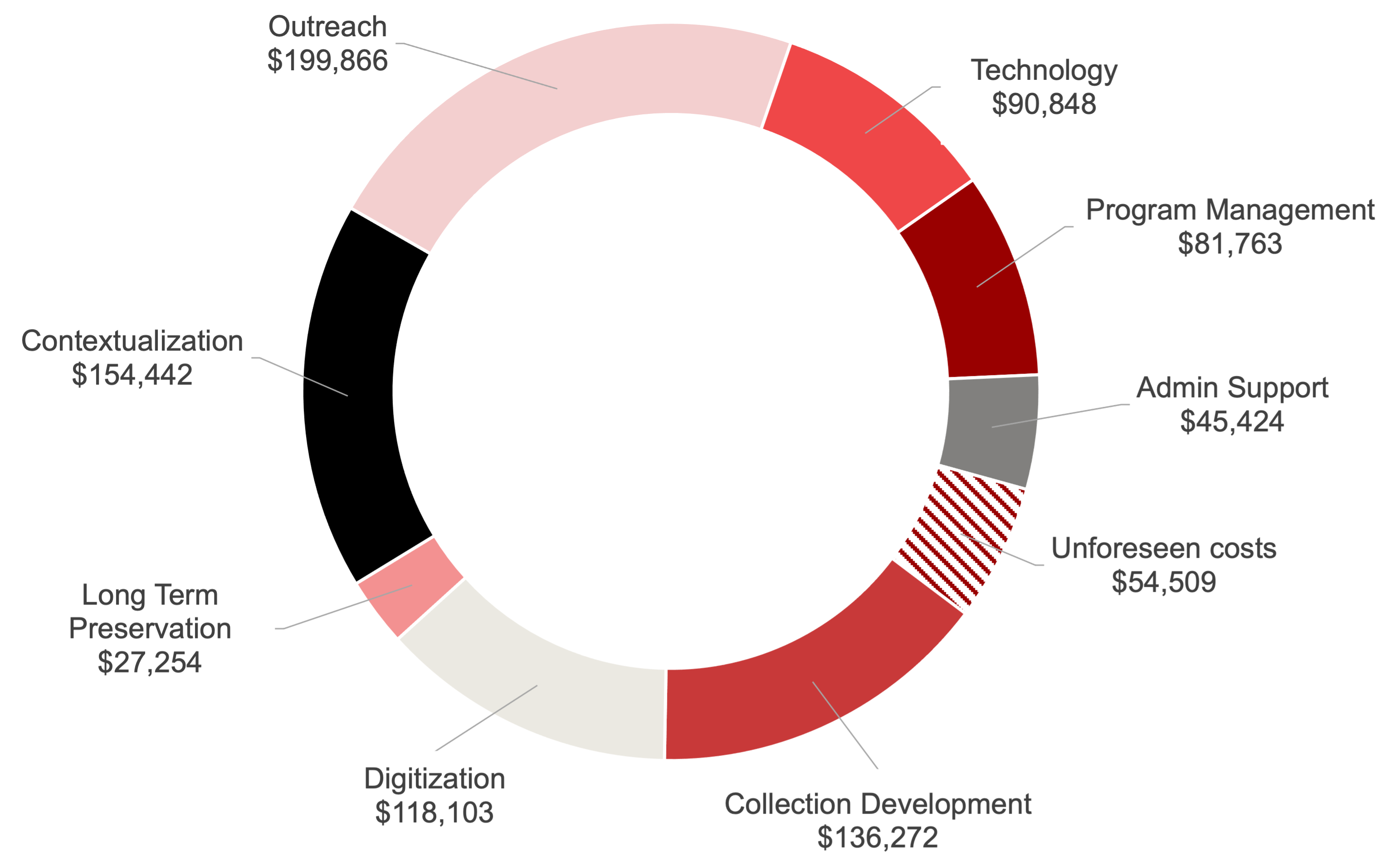 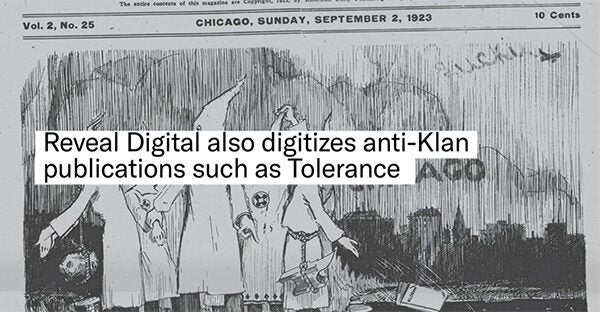 Uncovering the history of organized white supremacy in Queens neighborhoods

Our thanks to the collection’s funders

Midwest Collaborative for Library Services
on behalf of its members