We are happy to share an article that addresses this year’s winner of the Nobel Prize for Peace and a selection of articles by winners in all the other categories, all available to read free on JSTOR.

Awarded to John Goodenough, M. Stanley Whittingham, and Akira Yoshino for the development of lithium-ion batteries. The Royal Swedish Academy of Sciences states that “Through their work, they have created the right conditions for a wireless and fossil fuel-free society, and so brought the greatest benefit to humankind.”

Microcredit Under the Microscope: What Have We Learned in the Past Two Decades, and What Do We Need to Know?
Abhijit Vinayak Banerjee
Annual Review of Economics, 2013

What Do Banks (Not) Do?
Abhijit Banerjee, Esther Duflo
Economic and Political Weekly, September 18-24, 2004

The 2018 prize was awarded to the Polish author Olga Tokarczuk “for a narrative imagination that with encyclopedic passion represents the crossing of boundaries as a form of life” and 2019 was awarded to the Austrian author Peter Handke “for an influential work that with linguistic ingenuity has explored the periphery and the specificity of human experience.”

VOYAGE BY DUGOUT or The Play of the Film of the War
Peter Handke, translated by Scott Abbott
PAJ: A Journal of Performance and Art, May 2012

Awarded to Ethiopian Prime Minister Abiy Ahmed Ali for his important work in promoting reconciliation, solidarity, and social justice. According to the award committee, “Ali has initiated important reforms that give many citizens hope for a better life and a brighter future.”

Ethiopian Renaissance or How to Turn Dysfunctional in to Functional
Hanna Rubinkowska-anioł
Politeja, 2018

Awarded for contributions to our understanding of the evolution of the universe and Earth’s place in the cosmos, with one half to James Peebles for theoretical discoveries in physical cosmology and the other half jointly to Michel Mayor and Didier Queloz for the discovery of an exoplanet orbiting a solar-type star.

Dark matter
James E. Peebles
Proceedings of the National Academy of Sciences of the United States of America, October 6, 2015

Philosophical Transactions: Mathematical, Physical and Engineering Sciences, The detection of extra-terrestrial life and the consequences for science and society, February 13, 2011

Awarded jointly to William G. Kaelin Jr, Sir Peter J. Ratcliffe, and Gregg L. Semenza for their discoveries of how cells sense and adapt to oxygen availability; they identified molecular machinery that regulates the activity of genes in response to varying levels of oxygen. 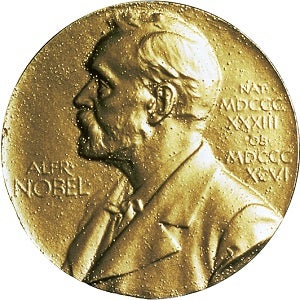